What do you do if you’re a veteran who is reentering the workforce? You might get a traditional job. However, after serving in the military and coming out with a set of impressive skills like humility, a service mentality, discipline and most importantly, the ability to see any situation all the way through, you might consider owning a business. These skills and others acquired in military service makes you a perfect candidate for entrepreneurship. 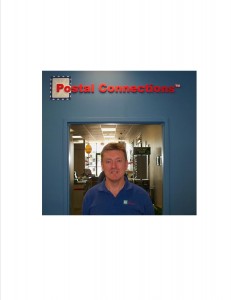 Marc Richard- Franchisee of the Year

That’s what happened with Marc Richard. He bought a Postal Connections franchise in Vero Beach, FL in 2010 and proceeded to thrive in the franchise environment. So much so, that in 2011, he was named Franchisee of the Year.

He also will be a forum presenter at the Military Officers Association of America Career Fair held the week of May, 12th, 2014. He transitioned from graduating from West Point to serving as a US Army infantry captain to joining the workforce to becoming an entrepreneur which is the topic of his speech at the Career Fair. Marc is uniquely qualified to speak about his experiences which may help other veterans seeking a path after their honorable service to our country.

Veterans in Business for Themselves

One of the paths for veterans is business ownership. According to the Small Business Association and US Census Bureau stats. many veterans are doing just that. Consider these statistics from a survey conducted by the Census Bureau:

Often, veterans who go into business for themselves, especially in franchising, can take advantage of favorable offerings to ease the transition. For example, currently, Postal Connections is offering 50% off the franchise fee for veterans.

In addition, the turnkey nature along with the built in support system (In Business for Yourself but not by Yourself) features of a franchise can make it a very attractive option for veterans seeking their hard earned slice of the American Dream.